“With the Stolpersteine, every day is #holocaustremembranceday” Speech by Terry Swartzberg

Home > Allgemein > “With the Stolpersteine, every day is #holocaustremembranceday” Speech by Terry Swartzberg 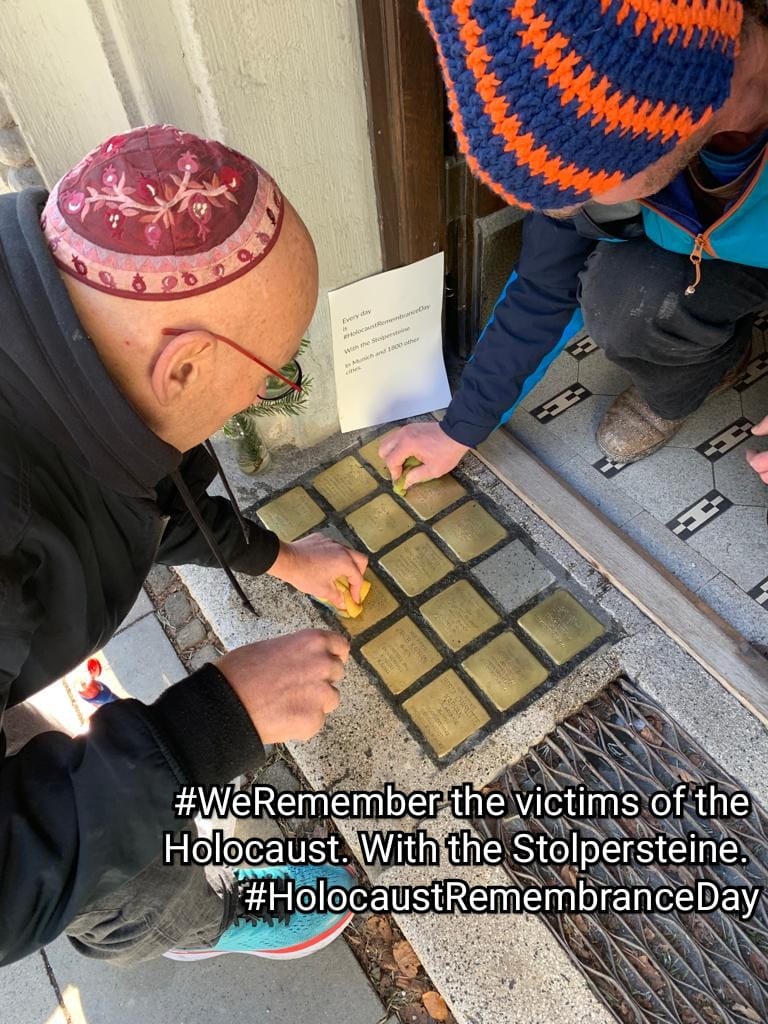 On January 27, 2022 – 77 years to the day after the liberation of Auschwitz by the Red Army – the world joined to commemorate the victims of the Holocaust.

Salzburg was the venue of such commemoration. At it, hundreds of students and other people gathered to listen to Terry Swartzberg, the Munich-based campaigner for the Stolpersteine, speak on “The Holocaust was comprised of 6 million Holocausts”.

“Each victim of the Nazis experienced their own Holocaust of fear, humiliation, hunger, thirst and pain,” Terry pointed out.

“And each of these victims has to be remembered on an individual basis. That’s what the Stolpersteine do. They rescue the victims from the mass anonymity to which their sheer number had consigned them,” Terry added.

“A Stolperstein restores three key components of the victim’s identity: name, fate and place of being,” Terry concludes.

Nearly 100,000 Stolpersteine in 1800 cities in 27 countries: it adds up to the world’s largest project of commemoration.

One of those 1,800 cities: Munich, in which 149 Stolpersteine have been placed.